We took the one hour train journey from Vienna in Austria to Bratislava in Slovakia. It’s so easy getting about in Europe from one country to another by train,  and so cheap. When we got off the train I checked out the address of our airbnb and it said half an hour’s walk. No problem, we walk over 12 miles a day on our travels. What Kev failed to tell me was that when we got near the apartment it was going to have steep steps! 😮  Apparently the lady who lives in the apartment had told him this and said it would be best to get a taxi and it would only cost €5 . He said “Oh it’s ok we like to walk” OMG talk about shattered. We had to walk up these…. I couldn’t carry my case up there so he had to drag them both up! serves him right, tight Yorkshire sod 😂

The room in the house was lovely and for £23 a night including breakfast we couldn’t complain.

We dumped our bags, changed our sweat soaked clothes  (got a shower later ) and headed off to explore. Wow,what a surprise the town was. Everywhere we have been in this trip has been different, and each place has amazed us. We didn’t expect much of Bratislava but we were pleasantly surprised.

The streets were quite empty for a Saturday, which was quite nice not to have the hustle and bustle we had in Vienna .

The prices were cheap for food and drink. A pint of Pilsner Urquell was €2.50 (£2.13)  and a traditional Slovakian  meal would cost around €8 in the centre of town. They eat a lot of meat, dumplings and potato cakes. Very similar to the other places we have visited on this trip. As with any European country a lot of dishes were served with chips too.

The dish in the top right hand corner above is gorgeous…a crusty large cob with the soft filling scooped out and filled with homemade soup. 😍 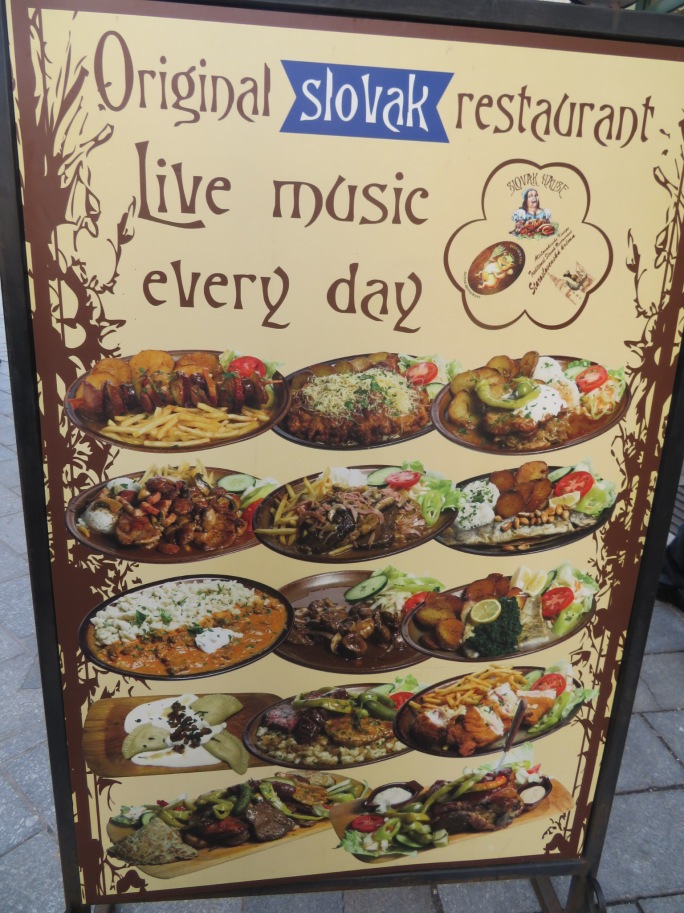 We had wander around then Kev went off to watch the local team play football..yep he’s obsessed with the game. There was only 1500 supporters in attendance!  I walked back to the apartment and left him to it.

The following morning we were served a breakfast  consisting of ham, cheese, peppers,  yogurt,  muesli, bread and jams and fresh eggs from the chickens in the garden. 🐔

We hiked it down the steep stairs back into the old town. We strolled along the bank of the River Danube. It was very dirty and didn’t look appealing. We wanted to have a boat ride down it but they don’t start until March

Bratislava has a castle at the top of a steep hill. It makes the skyline look nice when looking up at it, but once you’re up there the view down below isn’t brilliant and neither is the castle.

The view looking up from the old town up to the castle is quite quaint with its coloured buildings and winding tram tracks. You have to check the paths carefully when you cross them as most have tramlines on them and they wizz close to you without you realising they’re there ! 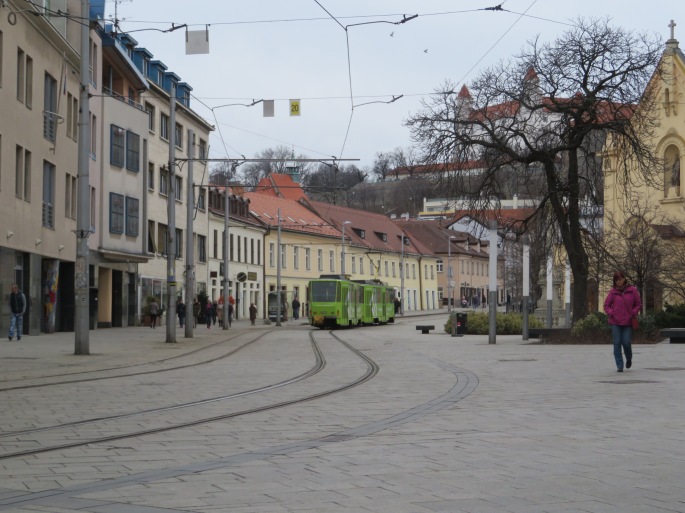 We like to visit places that have some character about them and we’ve been really lucky so far. This place is definitely worth a visit. 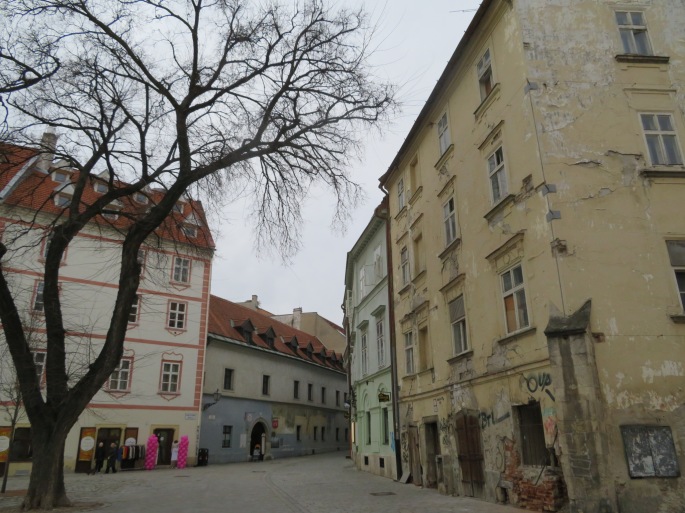 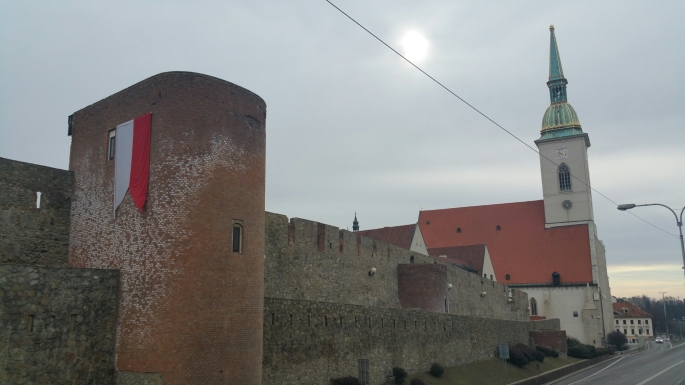 With being away for 2.5 weeks and walking approximately 15 miles a day we are in desperate need of a day of relaxation. We usually throw a few beach days in between the city breaks but Eastern Europe in February is not going to have any warm beaches.😕

We headed off into the new Town and found a shopping mall. it was lovely and warm and had some nice shops in..I saw a lovely red sweatshirt and said to Kev “that’s very me” “why don’t you buy it?” he replied. “no it’s too short” I informed him. “True,  it will show your girt bucket (fat belly)” 😲 He’s such a charmer!

At 3.45pm we’d both had enough of walking so decided to go back to the apartment..Just a gentle stroll up a steep hill followed by steps.

Tomorrow we get the train to Hungary and we are staying in Budapest for 4 days 😮 we might be able to unpack our bags haha.