This is our 4th visit to New York so decided to try another suburb. We rented a “Sunny Brownstone” in Brooklyn through airbnb. As we got off the subway we realised it wasn’t the nicest area we could have chosen to stay. Jeff said he was expecting a drive past shooting to occur in the predominantly black area. It was like something from “The Wire”.

Our apartment was in need of some tlc but was adequate for the 4 nights we stayed. The photos on airbnb were definitely taken a while ago!

We hit the trawling metropolis of Manhattan the following morning, joining the thousands of tourists from all over the world. I never get tired of this city. The hustle and bustle of Times Square with its neon lights, giant advertising boards and food/coffee vendors on every corner.

We took in quite a lot of the tourist sights on our first day, all of which we’d seen before but Kev was playing the roll of Tour Group Leader (a roll in which he excels, or so he thinks!) for our friends of 29 years,  Carol, Jeff and Joe Crangle.

Kev was telling them some history of the the different buildings and areas. Some of which was true, others he made up but as it’s the first time the Crangles have been here, they were none the wiser. Haha

The weather wasn’t in our favour and the heavens opened. With a stiff upper British lip we walked on exploring China Town, on our way to Little Italy. We looked on trip advisor of where the none tourist restaurants were and it lead us to a very busy place called Lombardis.We were escorted to our table and given a menu. $30 for a pizza!!! No thanks…. we got our bags and walked out. The staff must have thought we’d eaten as we were kindly thanked for our hospitality on the way out. 😂

On the way to find another pizza place this local woman took offence to us “walking on the wrong side of the sidewalk”. I told her to chill out , and said I didn’t realise there was a law as to which side you could walk on. Shirtily she informed us that she lived there and we were only tourists! Kev rudely said “in England we have a saying….go f*ck yourself” This, strangely enough, riled her even more. She wished him the same compliment and told him he should be ashamed he had a grey beard!?? Jeff quipped in with “bet you wouldn’t say that to Santa”.

In fits of laughter we took ourselves to a small local place and got a gorgeous half and half 18″ pizza for $14.50

Another day another area. We went to the financial district and walked down Wall Street. We stopped off in Dunkin Donuts for a coffee and to use the loos. I was desperate for a wee and had to wait for the staff to buzz the door open. As hard as I tried I couldn’t get the door to open. I quietly asked Kev to speak to the staff behind the counter to try open the door. I then heard him shout “can you open the door, she’s nearly shitting her pants!” It wouldn’t have been so bad if we were the only ones in the coffee shop!

We had a walk past the new World Trade Centre buildings. They are stunning. The financial district has changed since we were last here. The city is now rebuilding what they had lost on that awful day in September. There is a good vibe in the air, with hope for a new future for this area.

The group split the following day. Me and Kev went on a Harlem walking tour, the Crangles went to see Kleinfeld wedding dress shop  (Say Yes To The Dress, tv show) and a trip up the Empire State building.

Harlem is an up and coming area and the houses are very expensive. One just sold for 5 million dollars! $$$ apparently if a house sells for a lot of money then the “council tax” goes up on the surrounding properties too….I told them..we Brits wouldn’t stand for that! Lol

We got shown the beautiful brownstone buildings then got taken to a soul food cafe to see what the locals like to eat (Fried Chicken, Mac And Cheese,  Corn Bread, and basically  anything that’s no good for you) 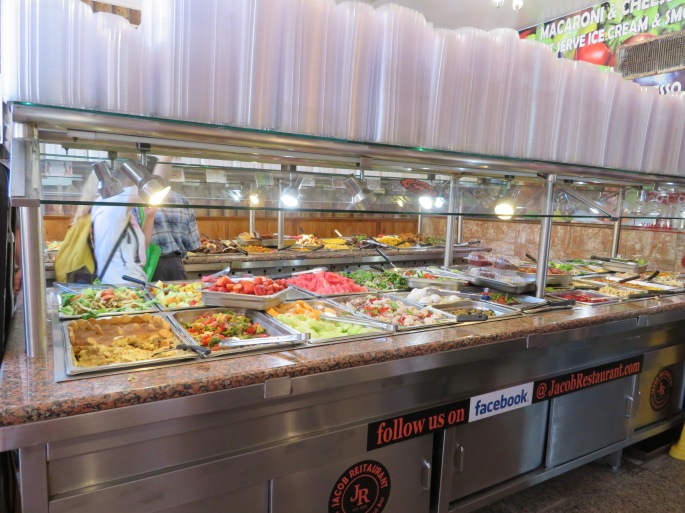 We had ticked off most of the Crangles places they wanted to visit except “The lady in the Watter” wtf?? I think they meant the Statue of Liberty! 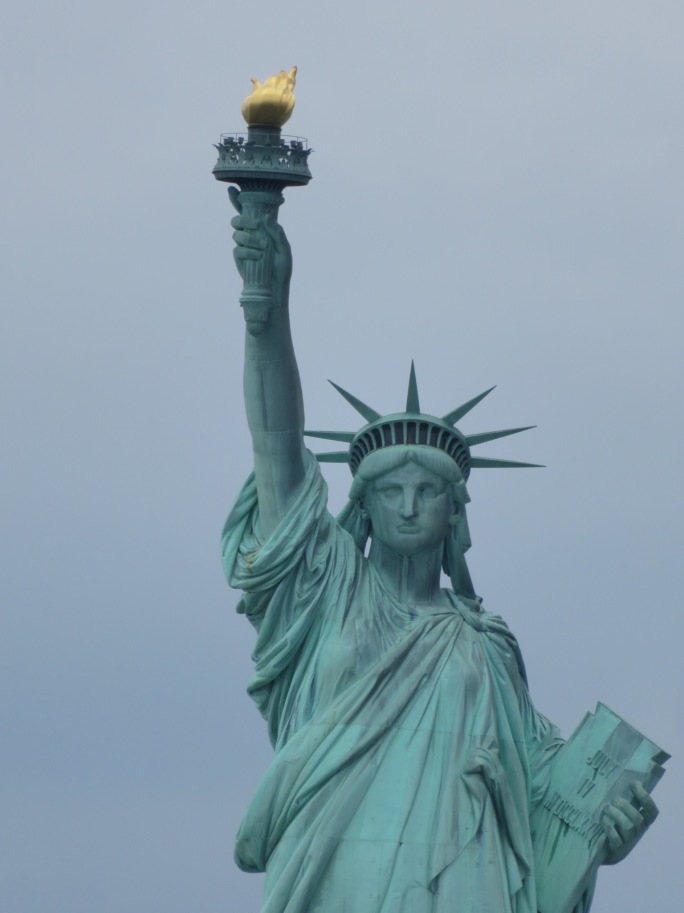 One part if the road trip now done. Time to get on the Greyhound bus to Philadelphia.

We took our seats on the bus and Kev offered Jeff a Ritz style biscuit. Jeff took it and said (REALLY loud in an Irish accent, trying to impersonate Frank Carson) THAT’S A CRACKER! it’s going to be fun